10 Facts about the Billy Elliot Wardrobe

1. Everyone on stage has a tutu apart from tall boy, that’s 31 tutus in total. 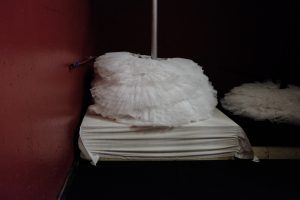 2. Billy changes an item of clothing every time he exits the stage. 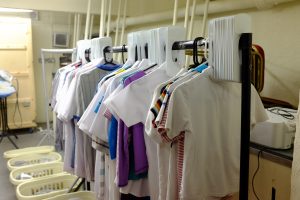 3. The men have 3 pairs of miner boots each, one pair has built in taps and one pair are steel toe capped so they can move the pit gates safely.

4. The wardrobe team spend roughly 4 hours in the afternoon and 3 hours during the show doing laundry to get it all washed and ironed. 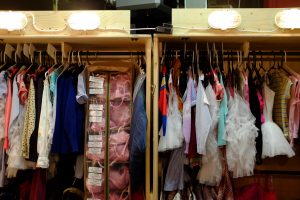 5. Billy’s fastest change in the show is the change from Grandma’s Song to Solidarity.

6. All the tap shoes are grip taped across the front and back taps to prevent slipping; this is replaced constantly throughout the show. 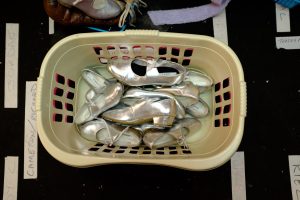 7. The wardrobe team spend 5 hours a day on maintenance to repair all the costumes from the previous show. 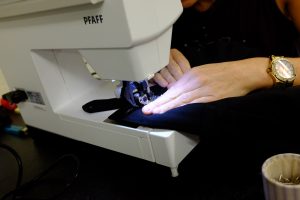 8. The change into Riot is done behind the barricades, costumes are hung on the barricades ready for the cast to grab. Two of the wardrobe team have to run on stage and help to clear the costumes before they end up making a stage debut! 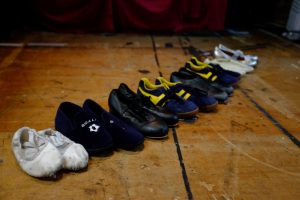 10. Each boy grows out of his shoes at least once, often twice, during his time with Billy Elliot the Musical. Like many speciality shoes, it takes a while to break in, so they try to hang on to them as long as possible.

Book your tickets for Billy Elliot on tour.